We Are Social in its latest report – Social, Digital and Mobile in India 2014 has highlighted some very interesting stats that we think every Indian digital marketer should be aware of. The Singapore based digital agency known for its APAC reports, states that social media use in the country is growing with Facebook alone adding 16 million new users since January – that’s roughly one new user every second. According to the social networking giant it has more than 100M active monthly users in the country.

Listed below are 11 important stats that every Indian digital marketer should bookmark: 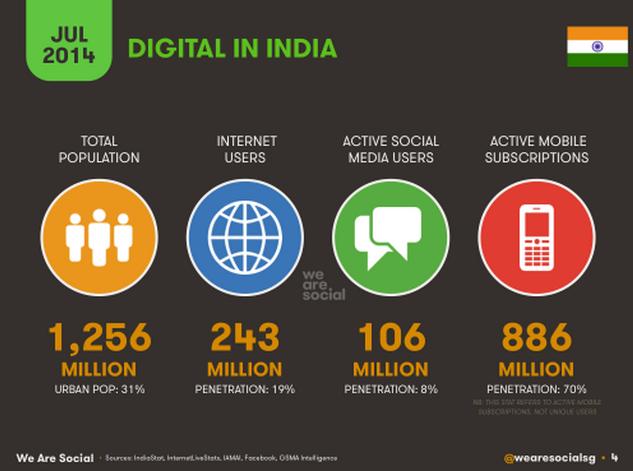 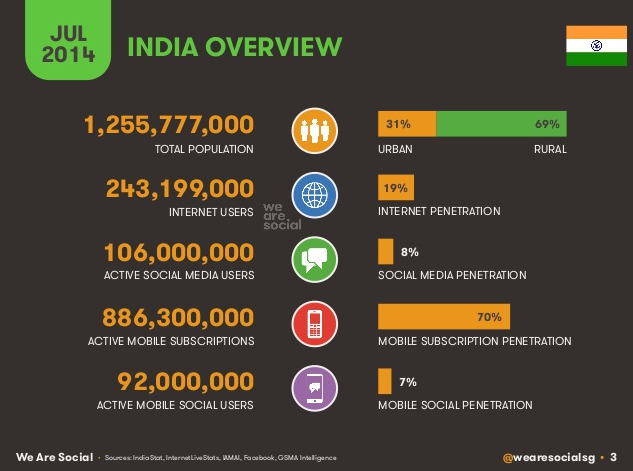 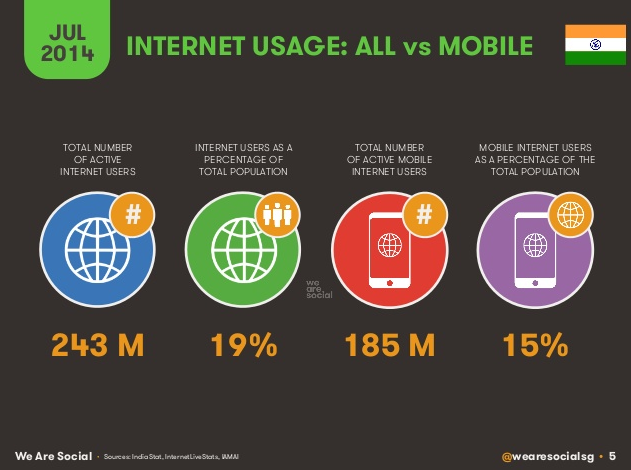 4. Average internet speed is 1.7 MBPS below the global average and penetration of broadband (greater than 4 MBPS) is 4.9% 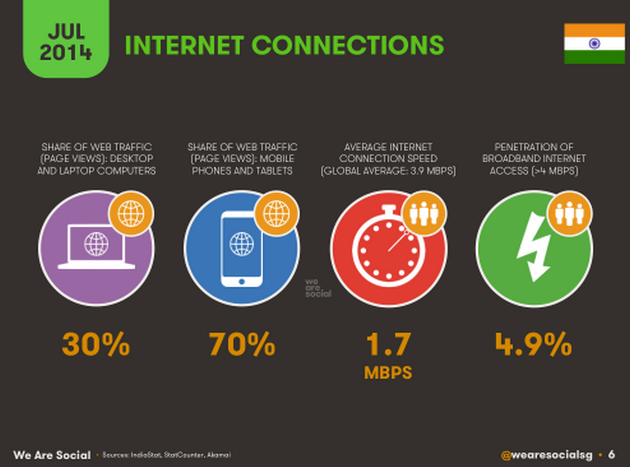 5. Average time people spend on internet through any device is more than 4 hours and average time users spend on social media is 2 hours and five minutes 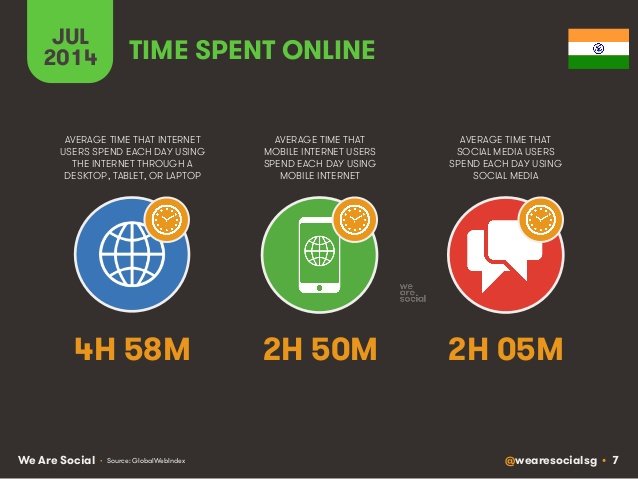 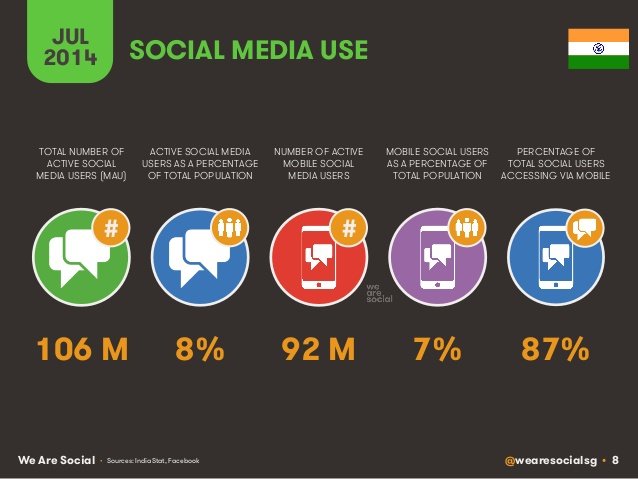 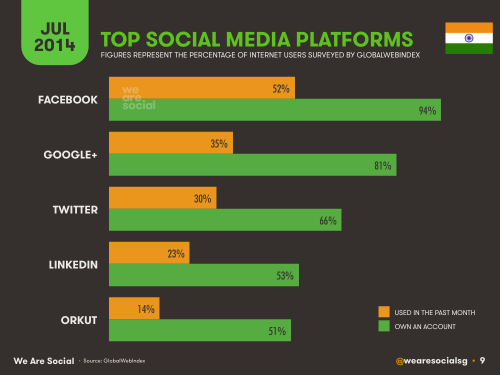 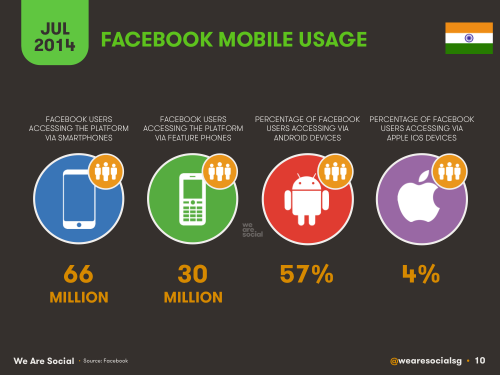 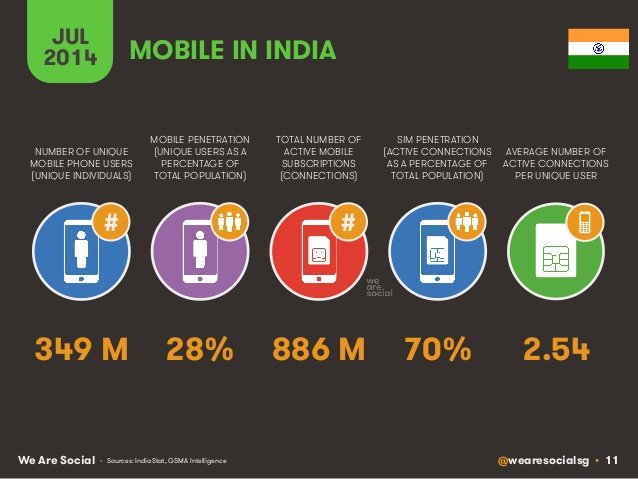 10. 13% smartphone penetration  as a percentage  of the total population. Out of which 54% users have made a purchase via their smartphone 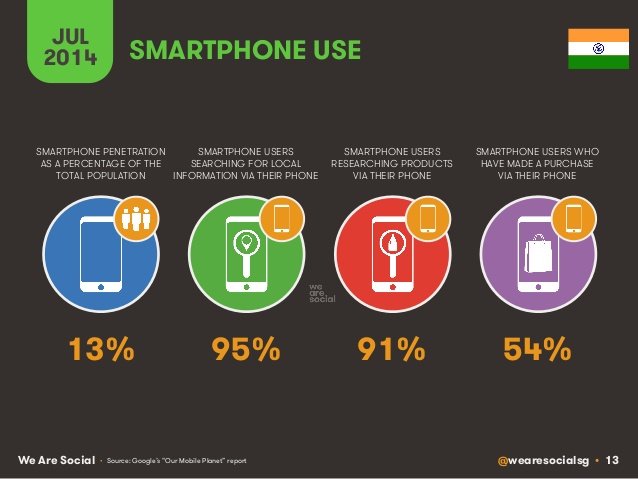 11. 11% social media apps, 16% stream video, and 7% use for banking or finance apps of the total population 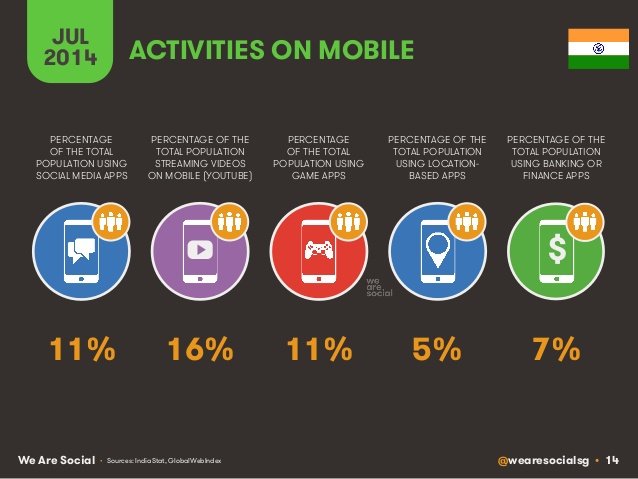 This article is republished with permission. 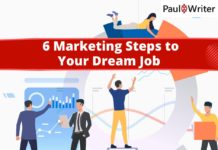 6 Marketing Steps to Your Dream Job 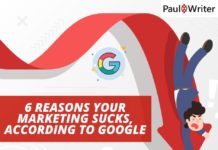 6 reasons your marketing sucks, according to Google 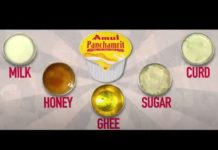 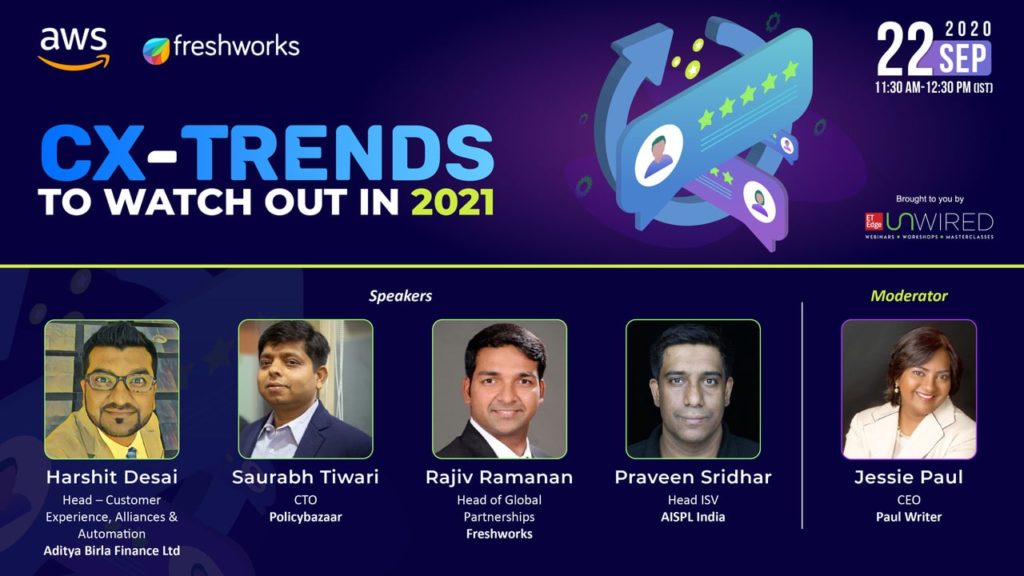 How In Two Years India Has Become One Of The Fastest...

Customer Analytics in the Age of Social Media