Home Insights How Mohan-Da changed his career by networking 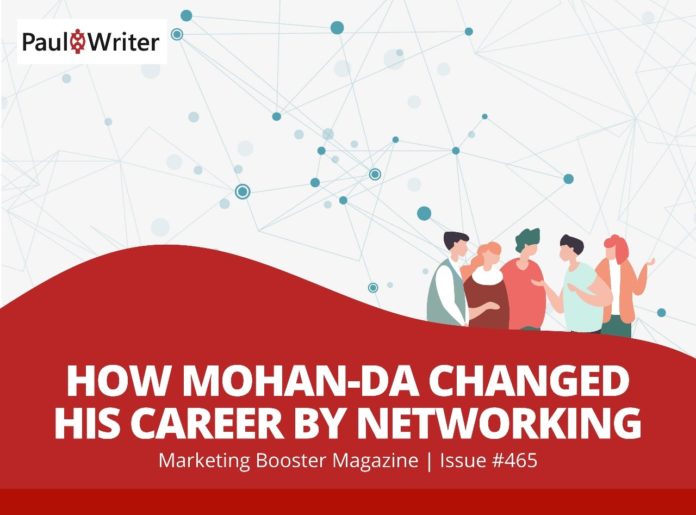 Mohan was an institution in IIM Calcutta. He ran the sole tuck shop and saw many desperate students cadging for loans for cigarettes, Maggi and other hostel essentials. As India prospered, Mohan prospered too, and his business expanded. Covid changed all that. With the hostels closed for the foreseeable future, revenue collapsed. A professor realized Mohan’s plight and reached out to the alumni, asking not for a handout – he was too dignified for that – but for help with a job that Mohan could do till the college reopened. Alumni delivered. Literally. He has been onboarded as a delivery partner for a respectable brand now. One batch also raised funds and sent it to him as an anonymous gift with a note that it was Rs 2000 that they had failed to return, now being given back with compounded interest.

The reason Mohan had so many helping hands is two fold – one, he is part of a very engaged brand, IIMC. But second, and more importantly, he had made friends by helping others in his long career.  In essence, he paid it forward.

And that is the power of networking. Why this topic? That itself is a story of community (Yeah, I don’t like the word networking – conjures up horrid memories of badge-surfing and LinkedIn spamming.)

I have now been writing this newsletter for 465 weeks, a little over 10 years if you count the occasional breaks. Some newsletters resonate a lot, while others not so much. And I wondered why I had never thought of asking y’all what you wanted to read about? So this week I sent a set of 3 choices to my Expert Readers and asked them to choose. And that’s why I’m writing about this topic.

A little context about how I got into engaging with a community and then building one.

IT marketing was a lonely world in the 2000s, with a tiny outpost in India and the vast majority of practitioners in the US, inaccessible to us in those days. It was also a very confusing time as we were figuring out how to compete with the Accentures and IBMs of the world, when our entire annual revenue was equal to their marketing budgets. There were also sharks circling, trying to sell newbies useless events or fake rankings. The only way I could see to get around this was to connect with other marketers in the same boat, and share non-competitive information. This was before Whatsapp and COVID, so I actually met these folks, shook hands, exchanged cards and emailed them. I was amongst the first 100,000 users of LinkedIn and then set up a LinkedIn group “CMO Roundtable – By Invitation Only” which was chosen to be in LinkedIn’s Hall of Fame in 2010. We helped each other avoid obvious pitfalls, and we no longer felt as alone. A network is a group of people with something in common.

I remember meeting Sangita Singh who was then CMO for Wipro for lunch when I was in iGATE. And it was so nice to meet in person someone whose work I had ’tracked’ when I was in Infosys. We had so much to talk about! And I’ll always be grateful that she later let me know about the vacancy in Wipro when I was looking for a change.

And that’s what a good community should be like – one of friends helping like-minded people.

It is NOT about chasing people you hardly know for jobs or projects.

You don’t need alcohol (or tea) to make friends. Nor, frankly do you need to be an extrovert. What you need is a plan. In this article on the Power of Networking I lay out the 5 steps of building a community for yourself. This will work even in today’s strange world.

I  put this topic as a choice because I’ve been benefiting immensely from the larger community over the past two weeks. We’ve had a couple of health crises in the family (both on the mend, thank you for asking) and have received support from groups as diverse as our alumni groups, class groups, and Facebook groups like Caremongers. Without these helping hands things would have been very difficult – especially in the current situation where rules and availability of medicines change almost hourly. I am very grateful that we had these generous people to fall back on and as part of my pay-it-forward would like to share my learnings on how to be a good Community Citizen.

Years ago I attended a networking class by Nandan Nilekani at Infosys. One of the tips he gave was to cultivate a diverse range of interests so that the chances of finding a ‘connect’ were higher. One suggestion was to read the Economist so that you had something intelligent to say. The other was to go to events just to listen in and meet people outside your usual circle. I did both and enjoyed it.

After the initial euphoria of “yay, no more events travel” I am starting to miss the energy and connect that these forums provided. I had planned this year to attend the House of Beautiful Business which is a lovely concept curated by my friend (and a speaker at a couple of Paul Writer events, as well as the recent Future Generali Life India’s recent virtual event series), Tim Leberecht.  He has taken it virtual however and with the help of Padmaja Nagarur (a Paul Writer alumni, and employee #2 ) it is available in Bangalore and online at https://thegreatwave.house/join-us It epitomizes the kind of event that broadens both your mind and network.

Do read the piece on how to build your community, and let me know what you think. Next week I’m going to discuss what we can do about events in the New Normal. And the week after – my Expert Readers community will let me know 🙂 This is fun!

I’m off now to eat my cleansing diet of a cheesy salad. Something that the intersection of my NIT Trichy and IIM Calcutta communities delivered to me.

Tot ziens till next week! 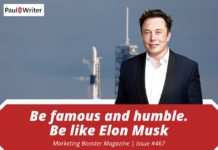 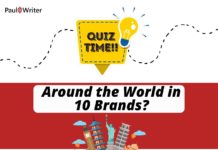 Around the World in 10 Brands? 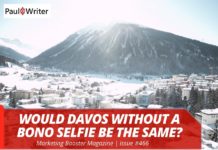